Sometime on April 21 your career site, the one you worked so hard to get on Google’s first search page, may disappear down the rabbit hole, banished to page two, three, or worse.

Next Tuesday is when Google implements a new ranking system that rewards sites that are mobile-friendly by elevating them in its search results. The flip side of that is the bad news for any website that isn’t mobile-enabled — it will fall in the rankings.

Exactly how bad will it be? Until Google’s new ranking algorithm is switched on, we won’t know for sure, but the search engine experts are calling it “Mobilegeddon” and “Mobilepocalypse.” If that seems like so much hype, consider that last year, after Google rolled-out update 4.0 to its so-called Panda ranking component, eBay lost an estimated 80 percent of its top search results. One Wall Street analyst calculated the cost at 5 percentage points of growth to the company.

History may be about to repeat itself. Only this time, worse. TechCrunch checked the mobile preparedness of all the Fortune 500 websites find only a bare majority of the sites passed muster; 44 percent failed the test. And that was a generous finding. Research firm SumAll put the percentage of unfriendly Fortune 100 sites at 67 percent.

As low as those percentages are, they are far worse for smaller companies. Among SMBs, the percent of websites that are mobile friendly was a paltry 6 percent, according to a year-old survey.

Before you panic, know that those percentages are for top-level domains, typically www.CompanyName.com. Your careersite is more likely to be Careersite.CompanyName.com. Even if the rest of the website is not mobile-friendly, your careersite may be, especially if it’s provided by one by of the major HR or recruitment software vendors.

The other reason not to panic, at least not too much, is that the new algorithm applies only to searches done on mobile devices; searches on a desktop won’t be affected. At least not yet. Searchers who use Bing, Yahoo, or some other search engine will still see your site. Little comfort, since Google has two-thirds of the U.S. search traffic.

However, here is a reason to, if not panic, at least worry — at least half of all job searches are done on a mobile device. And that is the most conservative of the various estimates.

If your job site isn’t mobile friendly, then for half your possible candidates, jobs now appearing on Google’s first page may wind up so far down that only the most desperate jobseeker will find them.

Just what do we — and that includes Google — mean by “mobile friendly.” Those are sites designed specifically to be comfortably viewed on a small screen. That means the user doesn’t have to scroll left and right, doesn’t have to enlarge sections to make them readable, the site is easy to navigate (buttons and links are large enough), and pages aren’t so heavy it takes forever to load even at 4G speeds.

There are a three ways of making a site mobile friendly, though responsive design is the most popular and is even favored by Google. A responsive design site is one that can be viewed on any device comfortably. Though it has some shortcomings, the advantage is that you build it once and it automatically adjusts to any device. An Akamai study of the top 10,000 sites by traffic (as counted by Alexa) found 18.7 percent of them were responsive design sites.

On one level, the reasons for the change in the ranking algorithm are plain. More users are accessing the web on mobile devices than are using desktops. That happened a year ago, and the mobile usage is still growing. The other reasons have more to do with ad serving and Google’s revenue from the small screen vs. desktops.

Regardless, when Tuesday comes, the effect on mobile organic search traffic – traffic coming from mobile searches on Google – are predicted to decline for sites that are not mobile-friendly. How much depends on such factors as:

Your ATS vendor may already have a solution ready to go. Turning it loose may be an additional cost, but it may be worth the price if the alternative is to show up in the sub-basement of mobile search results.

Source: On April 21 You Could Lose Big If Your Careersite Is Not Mobile Friendly by John Zappe 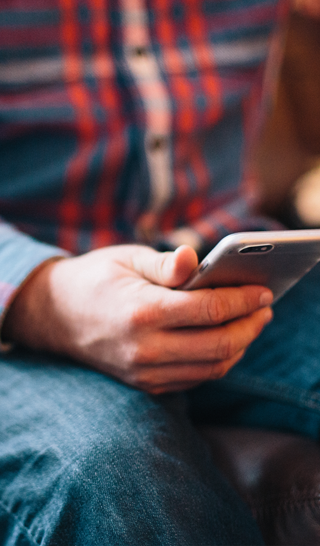 April 21
when Google implements a new ranking system that rewards sites that are mobile-friendly by elevating them in its search results.

The search engine experts are calling it “Mobilegeddon” and “Mobilepocalypse.”

There are a three ways of making a site mobile friendly, though responsive design is the most popular and is even favored by Google.