When was the last time you looked for a job without relying on an online job board or networking sites?

Basic digital tools for job searches are still out of reach for a large swath of workers globally, creating barriers to fixing labor markets around the world. That’s the view of a team of researchers at the McKinsey Global Institute who studied the role of online job sites like Monster, networking platforms like LinkedIn and Internet-based services like Uber

In a report released Wednesday, the researchers estimate these so-called “online talent platforms” could add $2.7 trillion–roughly 2%–to global economic growth and increase employment worldwide by the equivalent of 72 million full-time positions by 2025.

The McKinsey team estimates 30% to 50% of the world’s population between ages 15 and 64 is not working full-time. Some of them are in school, caring for children or retired. But much of the rest represent a substantial unmet demand for labor around the world.

Online services could bring some of those people into the workforce by making it easier either to find full-time jobs or to squeeze in a few hours of paid work in between other responsibilities, the study says. Those stuck in part-time jobs might at least be able to add some work hours and stay-at-home parents, students or younger retirees might find occasional freelance work thanks to services like Upwork or TaskRabbit.

These online job sites also could reduce the amount of time people drift between jobs and help them find work for which they are better matched.

All told, the study estimates that one out of 10 people of working age worldwide–540 million people–could benefit by 2025. A significant share of those helped would be from populous emerging economies like China, India and Brazil.

More broadly, the world’s labor markets could become more efficient, said Susan Lund, a partner at the McKinsey Global Institute and one of the report’s authors.

In emerging markets, the spread of these sites could draw more people out of the unregulated informal sector, which accounts for the majority of non-agricultural employment in countries like India, Indonesia and Mexico.

And in Europe, where temporary workers make up a large share of the workforce, online job boards could help freelancers pick up a few more hours, Lund said. More than one out of every five workers is temporary in Spain, South Korea and Portugal.

“We think we’re at a similar early point with these platforms that could transform the way we find jobs and manage our careers,” she said. 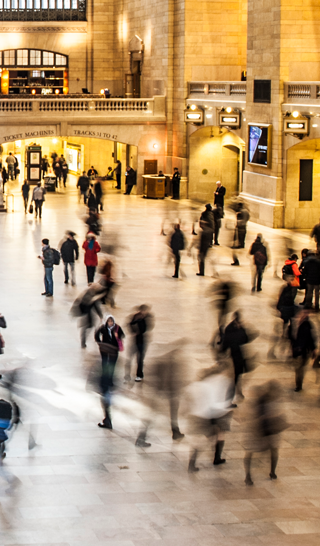 “We think we’re at a similar early point with these platforms that could transform the way we find jobs and manage our careers,”
– Susan Lund, partner at the McKinsey Global Institute