A large percentage of what is billed as ‘new’ is actually just repackaged. For example, think about LinkedIn: is it really the first social recruiting site, or simply a general job board with a (somewhat) visible resume database and a few interactive features? I’d argue the latter.

The latest in ‘new’ is ‘people aggregators‘: services that allow employers and recruiters to search for candidates across multiple ‘open’ (or public) sources. In other words, instead of relying on the names in one’s ATS, a people aggregator lets the employer find candidates wherever they might reveal themselves. What’s more, a people aggregator consolidates the information from multiple sources – so the user doesn’t have to. Good examples of people aggregators: Dice’s OpenWeb, TalentBin (recently purchased by Monster), CareerCloud, RemarkableHire, Gild, and Entelo.

So – are people aggregators actually something new – or just a repackaging of what we already had? I’d argue that they are the kind of incremental improvement in existing services that are often more useful than something completely new (remember resume search aggregators?).

Think about it: as social media has fragmented and expanded, it has multiplied the number of places and ways that people can disclose information about themselves (whether this is good or bad, I leave for you to judge). Much of this data is irrelevant to the hiring process – but not all. What if you had a tool that let you find a candidate based on your specific needs – without duplicating searches across multiple platforms? Sounds pretty good, right?

As mentioned above, the concept sounded attractive enough to some major job boards (i.e., Dice and Monster) to add the service to their offerings. Can we say ‘job board evolution’? I suspect that the real utility of people aggregators varies significantly depending on the industry and type of position – as others have noted elsewhere, some professions are just less willing to put it all out there. Not everyone is a programmer swapping code on GitHub!

So if you’re a niche site, you may want to look into adding this capability – or not. Remember – the bottom line is effectiveness and efficiency: can your site connect quality candidates to employers better than a general purpose people aggregator? I advise that you try several aggregators out and see how they do – then reach your own decision.
Perhaps we are indeed in a bit of ‘pardigm shift‘. Or maybe it’s just evolution. Whatever. You have to admit it’s interesting. 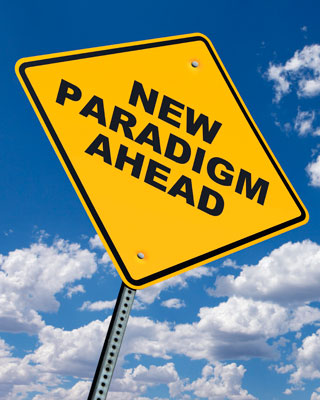 Think about it: as social media has fragmented and expanded, it has multiplied the number of places and ways that people can disclose information about themselves.

Remember – the bottom line is effectiveness and efficiency: can your site connect quality candidates to employers better than a general purpose people aggregator?

One Response to “People Aggregation: Buzzword or New Paradigm?”