Members of the Washington, D.C. tech scene who frequent its various happy hours and networking events, may have recently noticed a new addition to the crowd, a woman named Lalita Clozel. Clozel, a 2013 University of Pennsylvania grad who moved to D.C. to intern for outlets like the LA Times and OpenSecrets.org, was hired last fall by Technical.ly, a Philadelphia-based company that specializes in producing local tech news coverage.

The D.C. version of the site launched late last year, and right now a major facet of her job is attending these events “just to meet people and have them aware of what Technical.ly DC is trying to do here. It’s the same for any reporter starting out with their beat; you get your stories by hanging out with people and hearing their conversations.”

Though no business venture is guaranteed to work, Technical.ly by now has ample experience in entering new local markets, and its playbook for D.C. will closely mirror its entries into Philly, Baltimore, Brooklyn and Delaware. The bootstrapped company has become adept at setting up shop in a city and positioning itself as a central information hub around which local tech companies clamor for coverage, recruit talent and attend industry events. While national tech publications ranging from Wired to TechCrunch have thrived for years, Technical.ly is attempting to answer whether local tech industries — particularly in cities outside Silicon Valley — can support news outlets launched specifically to cover them. So far the answer seems to be yes.

BORN OUT OF THE GREAT RECESSION

Technical.ly is a company that was born out of the Great Recession, and by that I mean it was launched, in part, because its three co-founders couldn’t find journalism jobs after graduating college. Sean Blanda, Christopher Wink, and Brian James Kirk were all attending Temple University and worked on the school newspaper together.

“I found there were these really interesting tech stories locally in Philly, and there wasn’t anyone writing about some of the topics,” Kirk told me in a phone interview. “Business coverage from newspapers was mostly focused on the big companies and most tech coverage was self-reported from the community, either on Twitter or blogs.”

They quickly realized, after attending a few events, many in completely packed bars, that there was a very large, underserved market. For the first time since the initial tech bubble, companies were beginning to launch outside of Silicon Valley, enabled in part by the shrinking cost of developing and scaling software.

“You had this emerging creative class that was finding a really interesting place in Philadelphia as a city to live and work,” Kirk said. “And they were saying, ‘Why can’t we start a tech company here?’”

If the three had graduated a few years earlier, they might never have capitalized on this insight, but fortunately they collected their diplomas in 2008, when the news industry, already weakened by the rise of the Internet, was completely gutted as advertiser budgets dried up. None of them could find full-time work and so made ends meet through whatever freelance gigs they could pick up. It was during this period of limbo that they paid for a cheap WordPress theme and launched Technical.ly Philly.

It soon became clear that the best way to enter and cover this scene was by attending the events that were by now occurring on a weekly basis. They also determined that the tech community wasn’t this monolithic beast, but rather could be broken down into just about all the beats you’ll find in your local newspaper: business, innovation, creativity, and even civics.

“We saw clear intersections of how municipal policy affected where tech companies were able to grow or where they were starting,” he explained. “City government created stable environments for startups to grow their companies.” This is also when we witnessed the rise of Gov 2.0, the idea that open APIs would allow technologists to capitalize on government data and create a new level of transparency.

It wasn’t long before the founders decided they had enough of a following to develop an actual business model. No one, however, was much interested in pursuing advertising, especially as they couldn’t afford a dedicated sales team. Luckily, because they were themselves part of the emerging tech scene, they could ask their new colleagues — the very people they were covering — for advice. “We got some context and clarity from outside the media industry, which was an important and refreshing thing to have — not being stuck in that framework of what traditionally held up the newspaper industry. We were able to ask, ‘How does an ecommerce platform make money? How does this emerging new B2B service provider do it?’”

Eventually, they settled on two revenue models. The first was using their new megaphone to launch and promote events, monetizing them through both ticket sales and sponsorships. The second was the creation of a jobs board where these tech companies could recruit talent.

Despite there already being a number of tech-related events, the Technical.ly team found it wasn’t difficult to get people signed up and attending them.

“About two years into the business we developed a fairly unique idea called Philly Tech Week,” said Kirk. “Because we had developed strong roots in the Philly community and were emerging as a group that was helping shape the conversation about tech in Philly, we put together a model that allowed us to essentially ask the community to help us organize a week of live content.” That first year there were 40 events and 5,000 people attending. By last year, Philly Tech Week had grown to 130 events with more than 25,000 attendees. Of those, Technical.ly only organized about 15; the rest were run by participating organizations.

By 2012, it had become apparent that Technical.ly had a sustainable business model, and so it was only natural for the team to wonder whether it could be applied to other cities. And it wasn’t difficult for them to settle on their next test market.

“We had some people reach out and say, ‘Hey, why aren’t you doing what you do in Philly in Baltimore?’” he said. “That was a vital connection point. Having an invitation into another market is such an important part of the expansion mix. We’re essentially able to work really closely with some key stakeholders who introduced us to some people and gave us the lay of the land, and said ‘Here are the organizations that are really important. Here are the organizations that would really benefit from what you guys do.’”

Within a short period, Technical.ly would have branches in Brooklyn, Delaware and, most recently, D.C. Though the core staff in Philly provides plenty of support, especially in terms of event planning and marketing, a lot of the heavy-duty lifting rests on the local reporter who’s been hired to cover that region. And with only so many hours in a day, Clozel must be strategic in what she covers in her 10 to 15 posts she writes per week.

“There’s a lot of incremental news,” she said. “We do a startup roundup, an events roundup. If there are four or five companies that receive funding that week you don’t need to do a whole story on each company. And then once we have all that information in our backlog, we can go back and dip into it if we want to do a more in-depth story in the future on a particular company.”

While every Technical.ly site covers the civic beat, it’s not hard to imagine why this topic is especially important in D.C. Many of the city’s startups cater either to federal agencies or the hundreds of government contractors that service them. In just the past week, Clozel has posted on government-related topics such as Open Data Day — a civics-focused hackathon — and a new George Mason University program offering cybersecurity training to Army reservists.

Now that it’s established a strong infrastructure and steady revenue from its events and job boards, Technical.ly can begin shifting its focus to a business it had previously ignored: advertising. Because it now has sites in several major cities across the entire Northeast Amtrak corridor, it can appeal to both local and national brands. “We’ve just been really protective of our advertising brand,” said Kirk. “We’ve never done [Google text ads] or sold ads we felt were disingenuous to the brand or readership.”

They’ve been especially interested in native ad content that mimics the kind of coverage created by Technical.ly’s journalists. For instance, a recent post published to Technical.ly Brooklyn was sponsored by a local co-working space, and for it the writer composed several mini-profiles about the entrepreneurs who rented from the space.

While there will no doubt be even more city expansions announced in the coming years, Kirk told me a major focus in the near future will be strengthening its ties to the cities Technical.ly’s already in.

“We are really interested in the communities that developed along the Northeast Amtrak corridor, and I think there’s still an opportunity to better connect those cities.” After all, it’s not at all uncommon for D.C. workers to travel to New York to conduct business and vice versa, and so it’s necessary for the D.C. and Brooklyn sites to collaborate and communicate in order to service these transient communities at all times.

Given that Technical.ly is a self-funded company with a relatively small staff (it only has eight full-timers), this will be a daunting task.

“As a small company we have really tried to feel out what our staff is interested in doing and get a sense of where can we have the most impact,” Kirk said. “With our distributed network it takes a lot of smart people to think through issues like that, on how to go even deeper into the markets we’re in, and it’s a challenge that really excites us.” 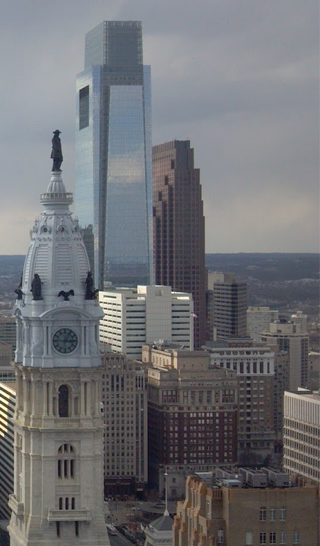 “I found there were these really interesting tech stories locally in Philly, and there wasn’t anyone writing about some of the topics,”
– Brian James Kirk

They also determined that the tech community wasn’t this monolithic beast, but rather could be broken down into just about all the beats you’ll find in your local newspaper: business, innovation, creativity, and even civics.

While there will no doubt be even more city expansions announced in the coming years, Kirk told me a major focus in the near future will be strengthening its ties to the cities Technical.ly’s already in.